The Holidays are Here!

I cannot believe that it is already December 1. Time is flying by. Last week was a great week for stocks, but it was all lost today as the market is closing after losing over 600 points. The bond market was faring very well this morning, but has since turned neutral. But neutral in this market is actually very good. Interest rates are low, lower than they have been since May 2005. If you have equity left in your property and are paying more than 6.25%, now is the time to refinance that mortgage. Call me, we can see if a refinance will benefit you financially.
Posted by Deborah Romero at 1:39 PM No comments:

What is going on with Mortgage Rates?

The Fed minutes from the October Fed Meeting were released on Wednesday November 19, 2008. The minutes expressed concern over the health of the economy and their future targets from employment and growth were lowered. But the big news was the word “deflation.” The Fed, after years of being concerned with inflation, now says they are concerned about deflation. The news shocked the financial markets, pushing Stocks sharply lower while directing enormous money flow into ultra-safe Treasury Notes. Now if you are watching conventional news sources then you would assume that this move would be improving mortgage rates. However, this is not the case. The Treasury Notes does not directly affect mortgage rates. Mortgage rates are directly affected by Mortgage Backed Securities.
While T.V. and print news would have you believe that the 285 basis point jump in the Treasury note arena is a phenomenal move for mortgage rates, it just isn’t true. The Mortgage Backed Securities Market has only seen a 12 basis point increase. That means that rates are good right now, but that they are holding steady and not improving by leaps and bounds.
Deflation is when prices drop, mainly due to decreases in money supply and credit. With the economy slowing down, we are hearing some people say we are in for a deflationary recession. In a deflationary environment, investors flee into fixed instruments like Bonds because the fixed payment received would actually buy them more goods and services over time.
A similar event took place back in the Spring of 2003 when Alan Greenspan uttered the deflation in a statement. Mortgage Bonds rallied at that time and set off the refi-boom of 2004. The market is much different now than it was in 2003; tighter lending guidelines and reduced equity.
For homeowners who have not utilized a refinance since the last “boom,” may be able to lower their rate in the near future. Being connected to a mortgage consultant that watches the market and knows how to interpret what is happening, is the best first step any homeowner or future homeowner could take.
Posted by Deborah Romero at 11:18 AM No comments:

October has been quite a month. My right hand, Patty, was gone on vacation and it seems that all heck always breaks loose when she is gone. We are finally caught up! Loans continue to change. Everyday there is a new guideline to be aware of. California has been in the crossfire of many loans being discontinued, but only in our state. Yesterday, Radian Mortgage Insurance decided to start insuring loans with only 5% down again. That means for clients with great credit scores and 5% of their own funds can obtain conventional financing. Conventional guidelines are a little more lenient when it comes to property condition. FHA is still my personal favorite for low down payment consumers.
I would like to thank Mr. Cleghorn for utilizing my services in his recent investment purchase. We closed right on time, a miracle in this market.
Congratulations also to Mr and Mrs Mahler. They have been waiting patiently since April for the bank to approve their purchase, once the seller's bank was on board, we closed their escrow in 3 weeks and right on schedule. I am ecstatic for this couple as their patience netted them a great rate and a savings of $60,000 on their home. Welcome Home Mahler family!!!
Posted by Deborah Romero at 8:27 PM No comments:

Have you ever wanted a home to be yours so much you just couldn't stand it. Most of you know this as offer after offer have been countered or rejected due to a multiple offer situation as of late. But Mr. and Mrs. VanVliet of Escalon, were actually living in their home on an option to buy and had to wait for the county to finish their job before they could buy their home. Could you imagine waiting on one government entity to figure out the boundaries of your home, while all the other government agencies are changing the loans that are available to you. Well, all is well now and Mr. and Mrs. VanVliet can call their home...theirs. Congratulations! P.S. Mrs. VanVliet had a beautiful baby girl while all of this was going on. A double Congratulations!
Posted by Deborah Romero at 7:22 AM No comments:

Greg and Rebecca closed escrow on their first home Friday. It was such a pleasure getting to help them. They had been looking for two years, and went back to the home they originally fell in love with. This is a great move for Greg as he gets to come home to Ripon, where he grew up. Both families are happy and I cannot wait to take a picture for my site. Congratulations!
Posted by Deborah Romero at 5:01 PM No comments:

It seems that fall is a great time to start watching rates. The turmoil in the mortgage market started late last summer on wall street, and that turmoil has once again gained speed. As a mortgage professional who watches the stock and bond markets minute by minute, it is hard to watch the news. There is so much speculation and uneducated guesses about what rates are going to do. Mortgage rates are not directly tied to what the Federal Reserve does. The Fed's decisions will positively or negatively affect investor's decisions on where they put there money. If at 2:15 e.s.t. the Fed decides to lower the fed funds rates, you will most likely see an increase in mortgage rates as mortgage backed securities will see this as an inflationary move. The fed's last cut in January 2008 is just now being felt in the markets. Personally I think the fed should give their previous decisions time to work. A cut now would help the stock market, but it will be a bump (maybe a big one) for mortgage bonds and therefore rates.
If you would like to find out more about the market, log onto my website at www.abilitymortgage.com and click the link to market news. It is a great tool and is updated daily on what the market is doing. Call or email me if you would like to discuss this topic more. dromero@abilitymortgage.com.
Posted by Deborah Romero at 7:25 AM No comments:

Email ThisBlogThis!Share to TwitterShare to FacebookShare to Pinterest
Labels: rates

I would like to congratulate Mr and Mrs Bays of Modesto, California on the purchase of their first home. They were very patient as they made an offer on a short sale. It took 3 months for the bank to approve, but just 21 days for us to close the deal once they got the green light. I am so happy that I was able to be a part of this exciting time. Congratulations!
Posted by Deborah Romero at 2:11 PM No comments:

Deborah Romero
I am a mortgage consultant with over 15 years of experience. I live and work in Manteca/Ripon. I am married to an amazing man and we have two wonderful children. 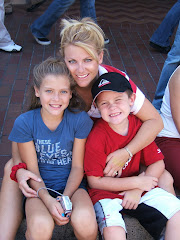 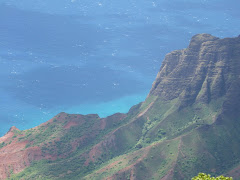